Gyokuro is a poetic name that literally means ‘jewel-like dewdrop’ and this tea really is the jewel of the green teas. Gyokuro is from the Camellia sinesis plant, and what sets it apart from other teas is that the leaves are shaded during the last three weeks of growth, and this reduction in photosynthesis results in higher levels of the amino acid theanine, which gives the tea its rich umami quality. 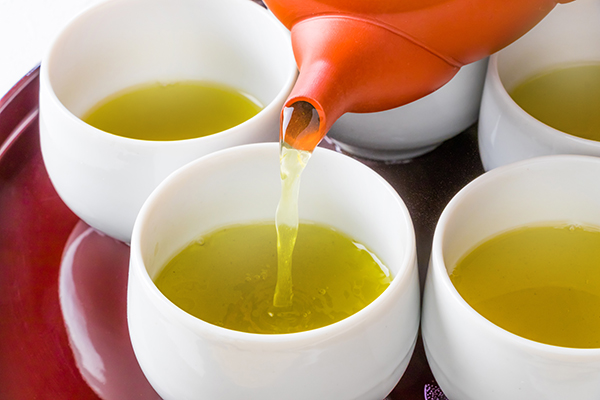 Brewing gyokuro is a bit different from brewing other green teas. Think smaller, less. It is brewed in smaller quantities, uses less water in proportion to tea and a lower water temperature, and it is drunk in smaller cups. Gyokuro is not so much for quenching thirst as it is for savoring what might be called tea’s perfect nectar. Because of brewing a smaller amount of tea at a lower temperature, using a smaller pot helps to avoid having a lot of empty space in the teapot, and therefore helps to keep the tea at the proper temperature.

There is a two-fold theory behind gyokuro’s special brewing technique. First, the lower brewing temperature minimizes the bitterness of the caffeine and the astringency of the tannins. The hotter the water, the more caffeine, and tannins are pulled out of the tea. Secondly, the leaves are steeped for a longer time than other teas in order to extract the most theanine possible. This is made possible by and is also necessary because of, the lower water temperature. Additionally, because of using water at a lower temperature, a higher proportion of tea to water is necessary to get a full, rich tea flavor. For high-grade teas, 10 grams (about two tablespoons) is usually the recommended amount per pot. Check the information on the packaging for specific recommendations from the tea maker. 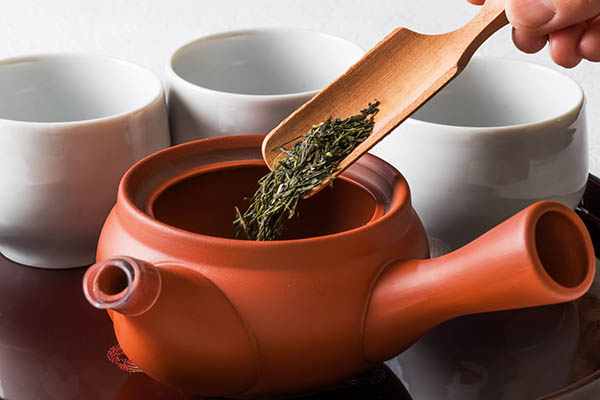 To brew, just-boiled water is transferred several times to bring down the temperature of the water and to warm the pot and cups. It is first poured into the teapot, then into another vessel called a yuzamashi, which literally means ‘hot water cooler.’ There are special vessels designed just for this purpose, often found in a tea set made specifically gyokuro, for but you can also pour the hot water into a regular mug or cup as well. Next, water is poured from the yuzamashi into the cups, and any leftover water is discarded. In this way, you will determine exactly the amount of water for the number of cups you are using. Regardless of the particular vessels that you are using, remember to do four ‘pours’ of the hot water, with the fourth and final pour being into the pot with the tea for brewing. Next, add the tea leaves to the pot and then add the water from the cups to the pot. The temperature of the water should be about 122-140°F (50-60 degrees C) at this point. Each time the water is poured into another vessel, the temperature goes down by about 18-20°F (~10° C). Glancing into the pot, you’ll notice that there seems to be just enough water to cover the leaves if the proportions are right. The tea will absorb some of the water from the first pot you brew, so the first cups will not be completely full. The next infusions will yield more tea per cup, as the tea will already be moistened. The first infusion should steep for about one-and-a-half to two minutes, by which time the tea leaves should be opening up.

Pour the tea into each cup a little at a time, and then reverse the order so that you pour into three cups in the order of 1-2-3, then 3-2-1, for example. Because the tea is much more concentrated at the bottom of the pot, this method makes sure that the flavor of tea is evenly distributed between the first pour and the last. Continue to use water that is about 140° F (60° C) for subsequent steepings, but there is no need to wait, and the tea can be poured immediately after adding hot water. 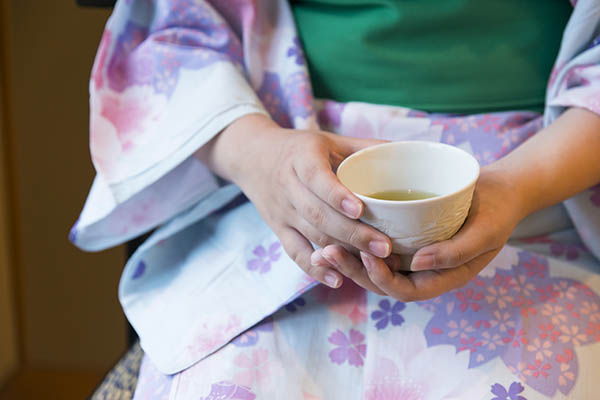 When shopping for gyokuro, in addition to full leaf teas, you will notice a lot of powdered gyokuro items are available. In the initial steaming, rolling and sorting process, the buds and stems as well as the bits and pieces that break off from the leaves are destined to become either powdered gyokuro or, in the case of stems, sold as-is for ban-cha (stem tea) gyokuro. Powdered gyokuro is also frequently added to other teas, such as gyokuro-iri sencha (iri means ‘in,’ so this phrase means sencha with (powdered) gyokuro). The powdered green tea usually served for free in sushi shops often contains gyokuro tea, often combined in varying quantities with other powdered tea. As you can see, there are lots of ways to enjoy gyokuro. You can savor the whole-leaf tea on it’s own, you can accompany sushi with the powdered variety, and then can even end your meal with gyokuro candy in the shape of a rose! 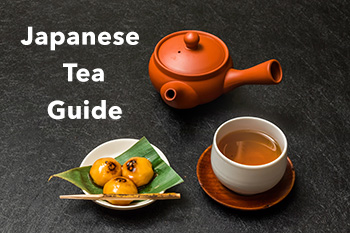 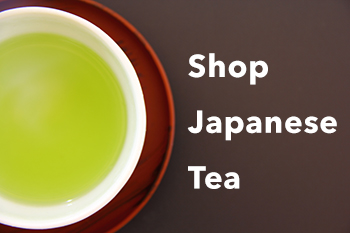